This afternoon I decided to bake a loaf of bread. We often bake bread, so it’s nothing particularly unusual, but as I was tipping in the flax seeds and the sunflower seeds, I was struck by the label on the sunflower seed packet. It said (in big letters) Natural Sunflower Kernels. It struck me as hilarious, and I got the giggles.

They’re sunflower kernels – why wouldn’t they be natural? Did I expect them to be made of plastic, perhaps? Or created by some form of alchemical magic? What else did the supermarket think I’d expect to find inside the packet?

I got to thinking about it, wondering why something that comes from a plant had to have the label ‘natural’ attached to it, and then was struck, once again, by the sheer quantity of ‘natural’ stuff all over the internet. Every day, my Facebook feed has several posts proclaiming the wonderfulness of ‘natural’ posted by a variety of friends. Usually those posts proclaim that whatever it is, is ‘chemical free’ as well as being natural. Clearly some of the labelling is about marketing.

When I drink water, I’m chugging down the chemical dihydrogen monoxide. When I sprinkle salt on something, I’m putting the chemical sodium chloride on it. I had a look around the internet to see what sunflower kernels (not seeds, but kernels after you’ve taken off the husk) were made of. They’re made of all kinds of stuff. If you click here you can find lists of all the things in sunflower kernels – and they include things like ammonia, lysine and phenylalanine – probably not something you think of when you eat them.

Then I began to think about other stuff I’ve seen on the net – the things that suggest that the food you like to eat is full of scary sounding stuff, and not ‘natural’ at all. Of course, if you have any kind of science background, you should be able to understand that ‘the dose makes the poison.’ That is, anything is poisonous in the right amounts. (Like water – drink 6L in an hour and you’ll probably die.) And clearly, if you take the example of my sunflower kernels, which I quite like to eat as a snack – I’m not actually scoffing large quantities of ammonia when I eat them – they just contain ammonia as part of their make up in a quantity (dose) that’s completely fine. There is probably a toxic dose of sunflower seeds, but it’s probably pretty big. (A bit like water’s.)

The other thing that strikes me when people talk about natural, is of all the things that are natural that are clearly dangerous for us, even in very small quantities, but that promoters of ‘natural’ seem to ignore when they’re promoting their stuff. Things like cyanide, or arsenic, for example. They’re completely natural – that is, they occur in nature – yet pretty well everyone would say something like “I’d never eat anything containing cyanide!”

Except that we do. The other thing I see coming past on my Facebook feed is the alternative health posts. A recent one I’ve seen around all over the place, is about apricot kernels being a ‘natural’ cure for cancer. Apart from the fact that they aren’t a cure for cancer, there have been several cases of cyanide poisoning related to people eating them. Food Standards Australia and New Zealand has this to say about them: ‘FSANZ advises that it is unsafe for adults to eat more than three raw apricot kernels per day. Children should not eat any.’ Click the above hyperlink to read more.

So what do we do? How do we find our way through the maze of stuff out there (or even here!) in the world of the internet?

I always like to check reputable sites. I use .gov.au or .edu.au extensions, or I search journal articles. However, I have a science degree, so I’ve learned about study design and how to assess it, and I have access to a multitude of journals through my professional association. Some stuff I know – because it’s my field of expertise, but there’s other stuff that I wouldn’t have a clue about, so I have to figure it out. That means trusting professionals. Professionals in the relevant fields who can interpret the raw data and describe it in words I can understand.

If it’s a medication, my pharmacist or GP are the people I talk to. If it’s something to do with animal science, I chat to a vet, or our daughter, who’s nearing the end of her own degree in that subject. If it’s food, I can look at the relevant government site, and if it’s a ‘cancer cure’ the http://iheard.com.au site is excellent. You can even submit your own questions.

There are some people who might say things like “But the government never tells the truth, you can’t trust a government site.” or “But you can’t trust doctors, they just spout what the pharmaceutical companies tell them.” (That’s one I’ve seen a lot on the internet.) Well, I’m a physio. I went to university too, and as a mainstream health professional, I learnt anatomy, physiology, pathophysiology and clinical reasoning, along with critical thinking and study design, just like doctors do, and was taught by people who were diligently researching ways to improve the health and wellbeing of other people. Some of them were doctors, some physiotherapists, and others had relevant degrees in their own specialities.

They weren’t hogtied by an enormous pharmaceutical conspiracy at all, just normal human beings, and at some point, we have to trust someone. Having said that, we also have to pick the right people. For myself, I choose professionals and experts, not someone who read something on the internet and then posted it because it sounded like it should be reposted. I like to look at the sources of those posts as well. If the author isn’t a respected expert, or doesn’t have the relevant qualifications, or if their references (if they have any) don’t check out as being from reputable sites, then I view them with grave suspicion.

If the author has their own online store containing books, (often written by themselves), products that promise miracles along with other stuff, I regard them as even more suspicious, particularly if their views are not representative of the general scientific consensus.

And as I’ve come to the end of my post, I’ve realised that I’ve left the bread rising. (Yet another complex chemical reaction!)  I’d better go and see if it’s climbed completely out of the tin… 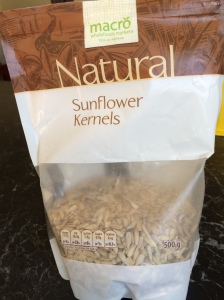