Well, I’m back. From four days of discussions, panels, cover art pose offs, and lots of fun. Continuum was my very first Science Fiction Convention, and I’m happy to say it most definitely won’t be my last.

I participated in three panels as a panellist, did a reading of Frontier Incursion, and ran a market stall on behalf of both myself and Hague Publishing.

There were so many lovely people at Continuum. It was a friendly, inclusive, and thoughtful bunch of Sci-fi and Fantasy fans. As a long time fan of all things Speculative Fiction who’s lived in rural and remote Australia for most of her life, I’ve never actually been in a really large group of people who get that discussing whether Disney might ruin StarWars (Probably not, because Jar-Jar), is completely normal, who wear Tardis T-shirts, and who have advice that is easily remembered as 5: 2: 1 – At least five hours of sleep, two meals, and 1 shower per day. I confess to almost not making the two (meals) on Sunday, despite giggling about it in the session where it was explained…

The panellists were thoughtful, informed and educated about the topics that they discussed, and the audiences were passionate and happy to contribute their thoughts in respectful and entertaining ways.

Panels didn’t shy away from the difficult topics – they embraced them. I loved that. I loved that the scientists and science communicators were so passionate about their topics. I burst into spontaneous applause when one of them ‘had a small rant moment’ about the completely debunked autism/vaccination thing as it’s one of my hobby horses, and I was actually tempted to stand up and applaud. (Wish I had.)

I was totally blown away by the ‘We Do This Stuff – gets personal’ panellists, who spoke about extraordinarily difficult things with such grace and honesty. (Thank you.)

I can honestly say that I met some new friends, thought about a few things I hadn’t considered, and am now inspired to write a story with a particular type of heroine. It’s been bumping around inside my head all day, so I think I’ll sign off and jot a few notes. Maybe I’ll start with a short story. Or not. We’ll see.

I’ll leave this brief piece now, hoping that it’s vaguely comprehensible, because I didn’t get home until 2am this morning, and then I was up at 7, and I don’t do well on limited sleep anymore. Below, you’ll find some of the cover picture pose off images. When you’re laughing at them, remember that they were all women’s bodies in the images, and that at least one of them required four assistants to place the contestant’s body in a vaguely correct position, and that some of them were anatomically impossible (well, actually lots of them), and they certainly weren’t going to be very useful as a starting point for a fight. 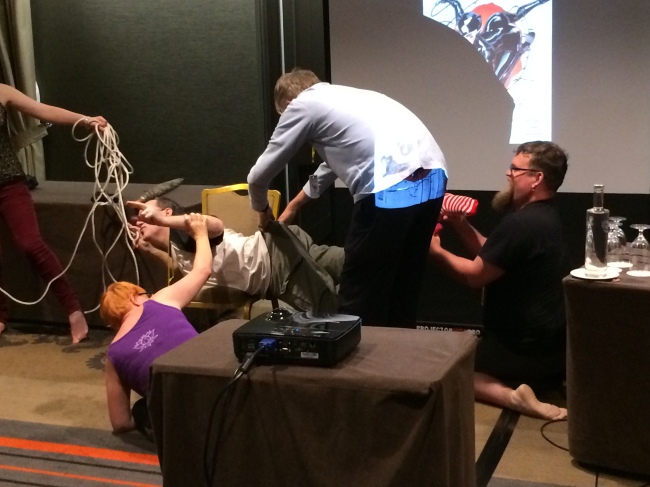 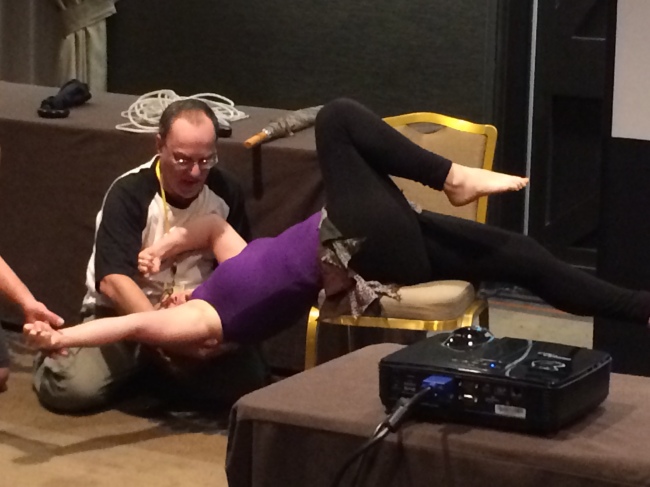 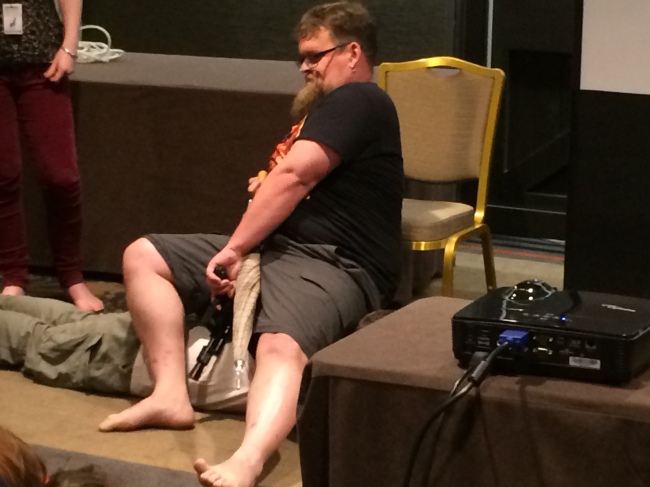 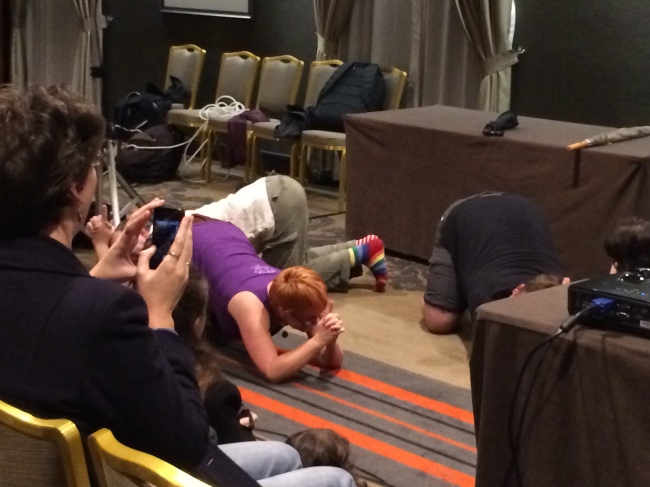